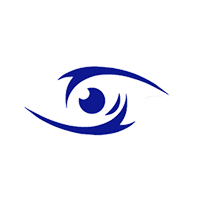 Though you may not be experiencing any symptoms, you could be living with glaucoma, a disease that can remain largely hidden before it robs you of your sight. To make sure your eyes are healthy, schedule an appointment with Eye Care Physicians & Surgeons PC, a caring practice located in Woodstock and Winchester, Virginia. Led by Alla Hynes, MD, the team at Eye Care Physicians & Surgeons PC stands out for its short wait times and personalized, unrushed service. Experience this for yourself by booking a consultation online or over the phone today.

Glaucoma is an eye disease usually caused by the buildup of fluids in the front part of your eye. When enough of this fluid builds, it puts pressure on the eye and damages the optic nerve. Left untreated, glaucoma can lead to blindness.

The two main types of glaucoma are primary open-angle glaucoma and angle-closure glaucoma.

The more common of the two, primary open-angle glaucoma develops after the eye begins to drain fluid poorly as a result of a malfunctioning inside of the eye, which causes an increase of pressure. This type of glaucoma begins very subtly. At first, it often causes no pain or vision changes at all. Over time, it begins damaging the optic nerve. If it’s caught early, doctors can work to stop further damage.

An acute angle-closure glaucoma attack is very serious. If you don’t get it treated right away, you can go blind. If you believe you’re experiencing this, rather than making a doctor’s appointment, go to the emergency room.

Am I at risk for glaucoma?

You are more at risk for developing glaucoma if you have or are:

How can I treat glaucoma?

While you can’t generally reverse glaucoma damage, you can slow or stop it by using a number of different methods. Most often, doctors prescribe eye drops or recommend laser surgery.

Eye drops usually work by reducing your eye’s fluid production, and/or increasing its fluid drainage. By doing this, they relieve pressure on the eye. During laser eye surgery, ophthalmologists either create a tiny hole to help fluid drain, or they fix the drainage angle so it works better.

If you’re suffering with glaucoma, schedule an appointment online or over the phone with Dr. Hynes at Eye Care Physicians & Surgeons PC today.